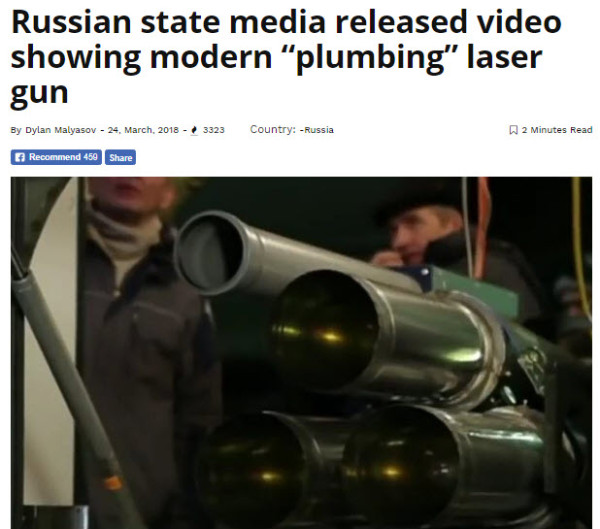 According to a local source, this is one of the first prototypes of the new laser weapon system. During the testing, the Russians used preexisting materials and for this reason the prototype equipped with drain-waste and chimney pipes for the protection of sensitive elements of the new system.